Share a memory
Obituary & Services
Tribute Wall
Read more about the life story of Stan and share your memory.

On Monday, January 16, 2023, Commander Stan Foxx, USN, Retired, loving husband of Patricia and father to Marc, Adam, Zachary, and Patrick, passed away at the age of 79 after a brief battle with pancreatic cancer. Stan was born in Newark, New Jersey in 1943 to Jewish immigrants from Odessa, Ukraine. Growing up, Stan always wanted to be a cowboy, but common sense got the better of him and he earned his Bachelor’s degree at Rutgers University and his Master’s degree in psychology at Temple University.

Stan earned a direct commission as a Lieutenant (junior grade) in the United States Navy in 1966. He spent the next 20 years in the Medical Service Corps, first as a psychologist at a succession of duty stations from Great Lakes, Illinois, Philadelphia, Pennsylvania, Guam, and Long Beach, California; and then he transitioned to hospital administration at the Navy Bureau of Medicine and Surgery (BUMED) in Washington, D.C. and Cherry Point, North Carolina. He served as the Officer in Charge (OIC) at the hospital in 29 Palms, California, and finished his career at Camp Pendleton, California. Upon retirement from the Navy in 1987 at the rank of Commander, he started his own business, National Medical Resources. He went on to have a successful career as a physician recruiter placing doctors in hospitals across the US - pioneering “work-from-home” in the early 1990s. Not one to sit still for long, Stan “retired” then began substitute teaching in 2016 at The Academy Charter School and selling jewelry at John Atencio and Jewelfire of Broomfield - when he wasn’t driving for Uber/Lyft!

Stan met his first wife, Sondra (Sandi) Neuman, in 1965 in Philadelphia, PA. They had two sons, Marc and Adam. Stan and Sandi divorced but became friends later in life. Stan was introduced to “Miss Patricia" Fitzsimmons by a mutual friend in 1988 in San Diego, CA, and they married in 1989. They have two sons, Zachary and Patrick.

Growing dissatisfied with life in Southern California, Stan and Patty decided to fulfill his life-long dream of living in the mountains, so they moved their young family to Conifer, Colorado in 1994. Stan found much satisfaction outside of work through a number of organizations in his community, including serving as President of the Conifer Chamber of Commerce, the Elk Creek Fire Protection District, Stagedoor Theatre, and President of Beaver Ranch Community Park (where he was instrumental in creating the disc golf course). Stan’s true joy in life was making people laugh, and he found an outlet for his natural comedic talents at Stagedoor Theatre, with roles in The Foreigner, Moonlight and Magnolias, Arsenic and Old Lace, Rumors, and The Full Monty. Stan loved America’s Pastime and was an avid fan of the Colorado Rockies, which inspired him to coach Zachary and Patrick’s little league baseball teams for ten years.

Stan always wanted to see the world and he found the right companion for those journeys.  During their 34 years of marriage, Patty and Stan became regular globetrotters, finding themselves in England, Ireland (where he sideswiped a parked car), France (where he got to walk on the beaches of Normandy), Italy, Israel (where he received an Aliyah to the Torah at the Western Wall), New Zealand, Australia, South Africa, Botswana (where he survived a close encounter with a hippo), Puerto Rico, the Virgin Islands, Jamaica and cruises to the Bahamas, Grand Cayman, Mexico, Alaska, and many yearly trips to their favorite location in the US, Sedona, AZ.

Stan is sorely missed and loved by his wife Patty and their sons, Zachary (Christine) and Patrick (Carley); his sons from his first marriage, Marc (Julie) and Adam (Jodi); his grandchildren, José, Mia, and Charlie; his brother, Richard (JoAnn); his nephews, Brian and Loren; a truly innumerable number of wonderful friends; his “grand-dogs,” Pickles, Bean, Hops, and Reuben; and kitties, Misti, Ollie, Roxy, and Baghera.

A celebration of life will be held on April 15, 2023. Location is to be determined. Please continue to check this page for updates.

In lieu of flowers, the family requests donations be made to Tunnels To Towers (please include Patty’s name and email address foxxymom9@yahoo.com when making a donation), an organization Stan was passionate about.

Stan will be laid to rest at Fort Logan National Cemetery in a private ceremony for his family, complete with Navy Military Honors and the chiming of the Honor Bell. 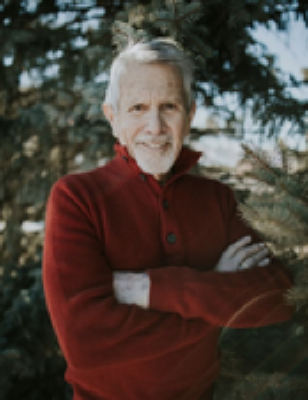