Share a memory
Obituary & Services
Tribute Wall
Read more about the life story of Frank and share your memory.

Francisco (Frank) Joseph Jaime passed away peacefully at the age of 96 on Friday, January 13, 2023, at Greenridge Place Memory Care in Westminster, CO after battling a long illness.

Frank was born April 3, 1926, in Montello, NV.  After graduating Ogden High School in Ogden, UT in 1944, Frank enlisted into the U.S. Army where he was assigned to the 148th Infantry Regiment, “K” Company.  He was deployed to the Southern Philippines Luzon where he fought in WWII.  He earned a Bronze Star Medal, Asiatic Pacific Campaign Medal, Good Conduct Medal Philippine Liberation Ribbon with 2 Bronze Stars and a World War II Victory Medal.  After being honorably discharged from the Army, Frank enlisted into the U. S. Navy and was honorably discharged in January of 1952.  In 2014 he was selected to go on the trip of a lifetime, the Honor Flight to Washington, DC.  After his discharge, Frank led a life of duty.

He was active in civic & church affairs.  He was a member of St. Mark Catholic Church in Westminster, CO.  He was also a Fourth Degree member of the Knights of Columbus #13131 before becoming ill.  Throughout his life, he was part of the Liquor Licensing Board in Westminster, CO, a Marshall at the Hyland Hills golf course and a member of the Hyland Hills Senior Golf Club.  He was part of the Westminster Police Citizens Academy, a Eucharistic Minister and Lector in the Church Choir.  In fact, during the Jubilee of 2000 in Rome, he was approached by a radio station in the plaza and sang the Our Father on a Roman Radio Station.  He was also President of a bowling league, was with the Denver Bowling Association, an HOA board member for North Park in Westminster, Chairman of the American G. I. Forum, had a small plane pilots license, belonged to the Civil Air Patrol - Auxiliary of the U.S. Air Force, just to name a few.  He was also hand-picked by U. S. President Lyndon B. Johnson, to participate in the Cabinet Committee Hearings on Mexican American Affairs held at El Paso, TX.  He was appointed chairman of the committee hearings on housing and development for a round table discussion on home ownership & rehabilitation of existing homes in relation to the Chamizal agreement.  As a gesture of appreciation, he received a personal letter from President Johnson and a medallion with an inscription from both President Johnson and Mexican President Gustavo Diaz Ordaz. After the service, he worked as a Railroad Car Inspector for the Ogden Union Railway and Depot Company from 1946 until 1963.  He later began working at the Equal Employment Opportunity Commission (EEOC) in Utah and then in Washington, DC. In June 1970, he made his way to Colorado to open the very first EEOC District Office in Denver.  He concluded his working career after retiring from the EEOC in 1992 as Supervisor of Compliance.

Amongst his countless accomplishments and participation in many historical events, on November 25, 1989, his most treasured accomplishment, was marrying his soulmate, Nadine.  They were married at their home in Northglenn, CO.  She spent every day thereafter by his side.  Frank was a wonderful husband, father and a loving grandfather.  He was an incredible human being.  He had a passion for golf, bowling, trains, crossword puzzles, telling jokes but especially his grandchildren, his dog Kiko and being a proud WWII veteran.  Frank touched so many lives and left such highly esteemed impressions on everyone who had the pleasure of meeting him.  He always had a story to tell from events in his life but remained humble.  He was a believer in Christ and would always give the sign of the cross on the foreheads of the kids and prayed for them.  He loved his dog Kiko, who also remained at his side until the end.  To know Frank was to know love, understand respect and benefit from laughter.  He always knew how to put a smile on your face.

Funeral services will be held at 11:00 am, Tuesday, Jan. 31 at St. Mark Parish, 3141 West 96th Ave., Westminster, CO 80031 with Father Jim Baird officiating with interment at Fort Logan National Cemetery at a later date.  A luncheon will be hosted in the parish hall after the funeral mass.

Expressions of sympathy may be made in Frank’s name to St. Mark Catholic Church, St. Jude Children’s Hospital or Dumb Friends League.

To send flowers to the family or plant a tree in memory of Frank J. Jaime, please visit our floral store. 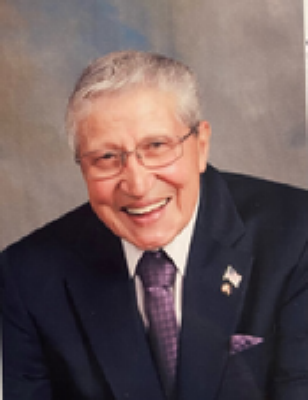 You can still show your support by sending flowers directly to the family, or by planting a memorial tree in the memory of Frank J. Jaime
SHARE OBITUARY
© 2023 In Memoriam. All Rights Reserved. Funeral Home website by CFS & TA | Terms of Use | Privacy Policy | Accessibility