Robert Szalapski, 33, of Lyons, Colorado, passed away in his mountain home on January 11, 2020, after a year-long battle with cancer.

Robert was born on April 7, 1986, in Plainfield, New Jersey, the son of James and Claudia Szalapski (née Worth). He is survived by his parents; his older brothers, Michael Szalapski and Tommy Szalapski; his wife Erin Szalapski (née Cotita); and his children Tiernan, Kestrel, and Ronin Szalapski, ages 10, 8, and 2, respectively.

Robert graduated from the Missouri University of Science & Technology in 2008 where he met and married Erin in a woodland ceremony on May 24, 2008. He worked as a software engineer, first for National Instruments in Austin for six years before relocating to the Boulder area, where he worked at Google for five and a half years. He was a devoted husband and father, and an avid aficionado of Magic the Gathering. An excellent musician, Robert was often found playing and recording original music in his studio with his wife and band friends or driving and hiking the Colorado Rocky mountains and trails close to his home. He was a spiritual man who loved authenticity and spontaneity in worship, life, and faith. He will be deeply missed by his friends, family, and all who knew him.

A memorial service is scheduled for 4:00 p.m. on January 25 at All Souls Church of Boulder, 345 Mapleton Ave, Boulder, Colorado.Reverend Will Forsythe will officiate. In lieu of flowers, the family invites donations to the education fund for Robert’s three children, facilitated via Google Pay, Venmo, or PayPal transactions sent to Robert’s brother: Tommy.Szalapski@gmail.com 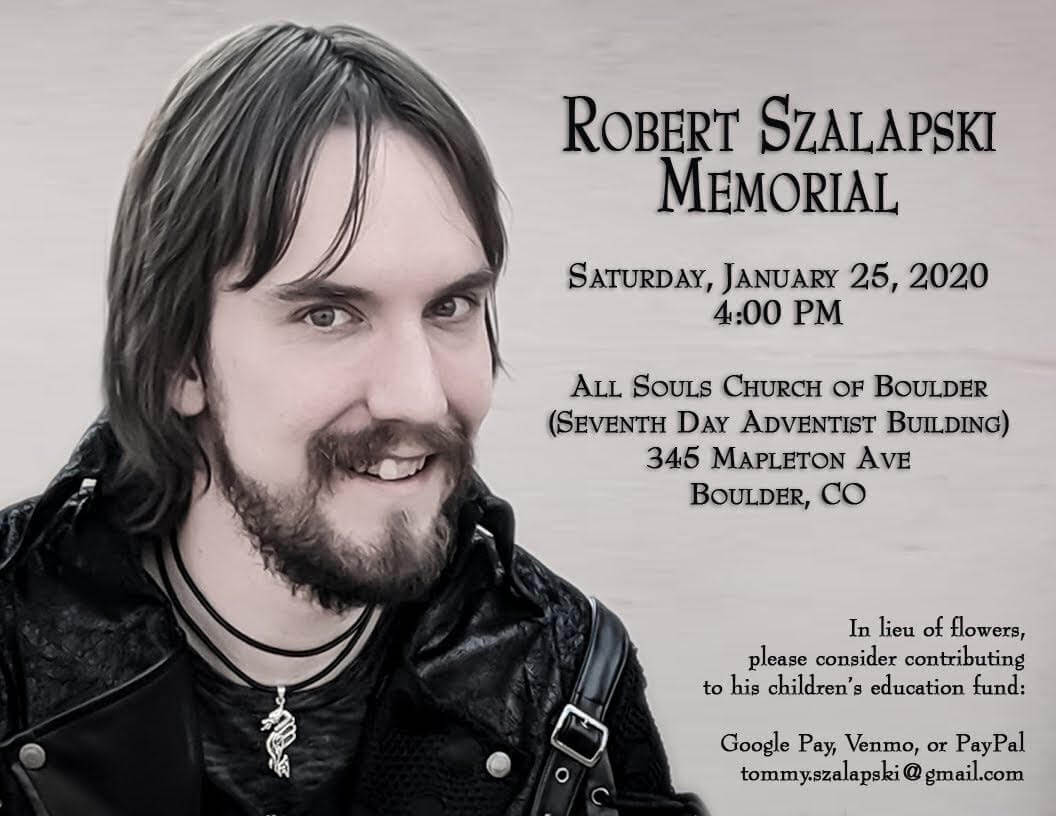 To plant a tree in memory of Robert Szalapski, please visit our tribute store.